The Sewanee Church Music Conference was founded in 1951, and since then it has been a leader in continuing education for liturgical church musicians. We are honored to hold our second choral composition competition, hereby known as the "Fyfe Prize," which is generously supported by members of the conference.  Entries were submitted from far and wide, including Argentina, Australia, Austria, Brazil, Canada, Chile, China, Croatia, Czech Republic, England, Germany, Italy, New Zealand, Poland, Portugal, Russia, South Korea, Sweden, the United States, and Wales.

Submissions have been adjudicated, and we are very pleased to announce that composer Peter Niedmann of
West Hartford, Connecticut has received the 2019 Fyfe Prize for his choral composition Praise ye the Lord.  Congratulations, Peter!
​
​Peter Niedmann
www.peterniedmann.com 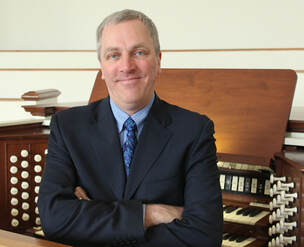 Q: Can other instruments in addition to organ be included?
A: Yes, optional solo instruments are fine. For other situations, contact the Competition Coordinator.