Get a sense of the Big Picture
Sewanee Church Music Conference

Back to Area Guide 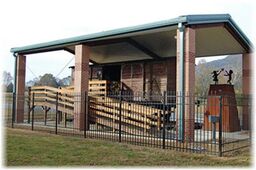 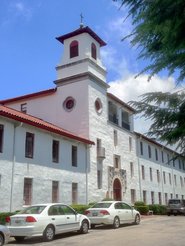 The SHAKESPEARE GARDEN is located on Tennessee Avenue and is frequently bypassed. Well-labeled plants mentioned in various works of William Shakespeare are cultivated.
​
MOUNTAIN GOAT TRAIL is an ongoing project with the goal of reclaiming the path of the Mountain Goat Railroad and establishing a continuous trail of 37 miles. Read about this project by clicking HERE. (A new window will open.)

DuBose Conference Center
The former location of SCMC, were we met for over 60 years, has a rich history going back to 1872 when the 50 acre property was founded as Fairmont College, a school for young women.  Latin, French and lessons in the social graces alternated with tree planting and gardening. Some of the beautiful old trees on the grounds are products of their efforts, as is the water pump you can see near the covered walkway between Claiborne Hall and the Chapel. You may wish to stop by the center to see it.

The grassy area between DuBose and Highway 41A was a railroad right of way.  That area is now the home of the city hall for Monteagle. The portion of the right of way through town has recently been landscaped with a walkway.

The original school here was affiliated with The University of the South (Sewanee) and they supplied its first chaplain and future leader, Dr. William DuBose, for whom the current facility is named.

Among the students were the Soong sisters from China, one of whom became Madame Chiang Kai-Shek.  A gift from the sisters was two Ginkgo trees sent from China and they are located directly behind the sign at the front corner of the property.  Look for their distinctive fan-shaped leaves.  Ginkgos are very slow-growing and specimens of this size are uncommon.

The First World War closed the school in that form and it reopened as a training facility for mature single men to enter the rural ministry.  It is said that the locals were initially wary of “those men who wear skirts”.

The original building burned in 1924 and the present Claiborne Hall was built, with its strong Moroccan influence.  It features high ceilings, thick walls and dormitory style layout of the sleeping rooms.  Our Music Conference used to toll the bell in its tower to get attendees up for Eucharist and for meals. While you are exploring Claiborne, visit the original Chapel.  From the parking area in front of the building, walk right (toward the outdoor pavilion area) and enter the archway.  The little Chapel is on your right.

The seminary school closed with the advent of World War II, and DuBose afterward reopened as a camp and conference center owned by the Sewanee Province, a collection of southern dioceses of the Episcopal Church.  When DuBose was left by the church to stand on its own, the name of our conference was changed from The Sewanee Province Church Music Conference to the one it bears now, The Sewanee Church Music Conference. 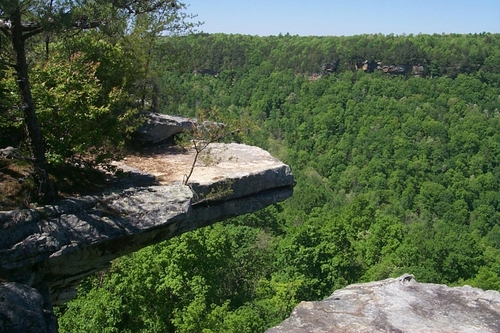 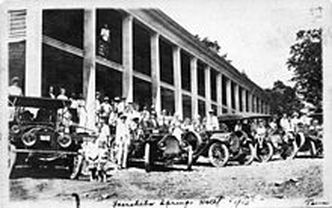 Beersheba Springs (accent is on the first syllable, BUR-sheba) was a summer resort for the elite of the mid-1800’s.  The Beersheba Hotel, circa 1850, is now used by the United Methodist Church as a summer camp and conference center.  Since it sits on the edge of the bluff, a stone plaza across the narrow road provides a fine view.  Adjacent are a number of wonderful summer “cottages” (appearing to be a mere 10 to 15 rooms) dating to the same period.  Also now used as private residences are some of the slave-built log cabins constructed in the same era.  Walk the road to view the old hotel cum conference center and, in the opposite direction, the cottages.  Guests fleeing the heat of the cities arrived by coach and carriage through the valley below on a toll road, a small (free) portion of which still exists, twisting up from the highway to the hotel.  The Civil War ended the hotel’s brief heyday as a spa for those “taking” its iron-laden waters. A walking tour of all the historic areas in Beersheba Springs has been completed.  Just follow the white line along the roadside.
Map to Beersheba Springs 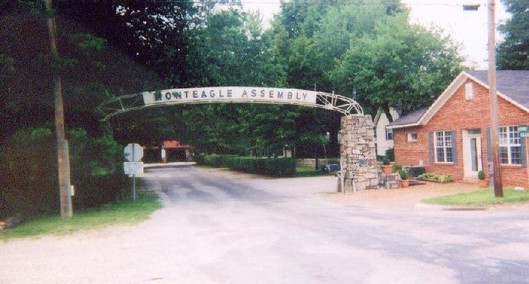 Monteagle Assembly (Monteagle):
In by-gone days, the 90 acre Assembly was a school for training Methodist Sunday School teachers. It has become an enclave of elaborate cottages and summer homes with a seasonal schedule of programs and lectures. Touring the Assembly is to be transported back in time, especially architecturally. (A note: if you are driving a large van, touring the Assembly on foot or in a smaller car might be wiser than attempting to drive it. The lanes and byways are very narrow, tree hung, and often steep, built for the horse-drawn conveyances of its inception.) 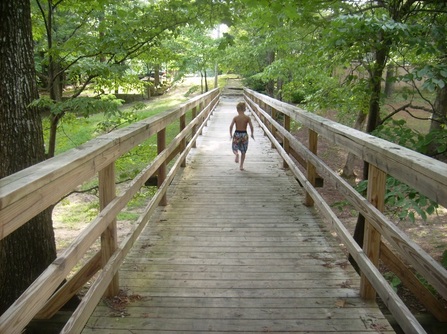 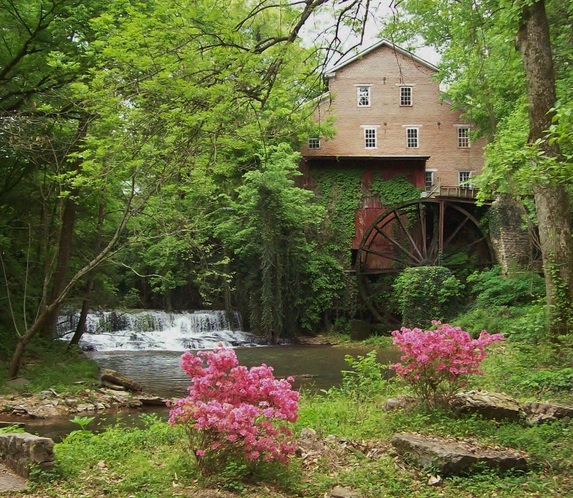 Falls Mill (Old Salem):
This is a gem.  The water-driven grist mill has been operating since 1873, is on the National Register of Historic Places, and has been featured in Smithsonian Magazine.  The mill store sells grain products stone-ground on the premises.  Stone grinding preserves the flavor which is destroyed by the heat of metal grinding.  The products do require refrigeration.  A museum of antique machinery in the mill will delight the mechanically minded.  The grounds, including a picnic area beside the rushing mill stream with its falls and waterwheel are most attractive.  (No swimming.)  Mill open every weekday EXCEPT WEDNESDAY, 9 to 4; Sundays, 12:30 to 4.  There is a modest admission charge. 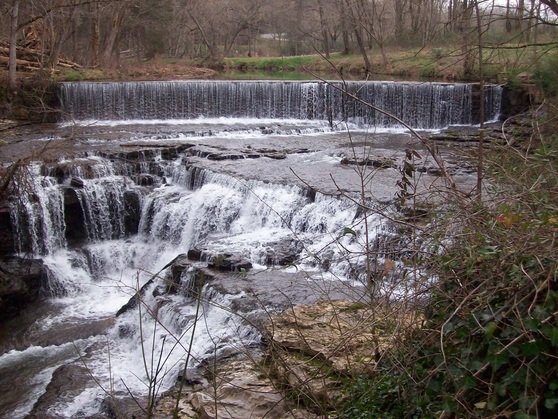 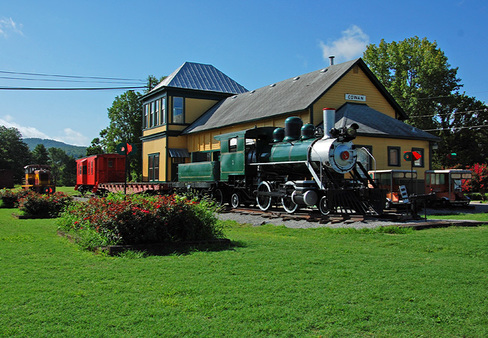 Railroad Museum (Cowan):
Depot built in 1904 and restored to 1915 appearance.  It is listed on the National Register and houses a fascinating museum of railroad artifacts and their history and impact on the area.  Open Thursday, Friday, Saturday 10 to 4 and Sunday 1 to 4.  Admission is free; donations are welcome.
Map to Cowan Railroad Museum
Contents
Before & After the Conference
Hiking Trails and Scenic Overlooks
Skilled Artisans
Restaurants
Other Joys and Treasures