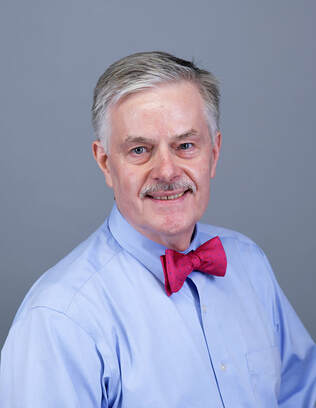 "A satisfying and remarkably lucid showcase...joyous." (The Birmingham News, Alabama)

Huw Lewis was born into a musical family in Wales, and received formal training with John Birch and Ralph Downes at the Royal College of Music in London and at Cambridge University. In 1972, he came to the United States to study organ at the University of Michigan, earning Master's and Doctoral degrees in organ performance. His teachers there were Robert Clark, Robert Glasgow, and Marilyn Mason. He also studied privately with Catharine Crozier.

Huw Lewis' early career was marked with distinction: he received the teaching and performing diplomas from the Royal Academy and the Royal College of Music as well as top prizes for both diplomas of the Royal College of Organists while yet a teenager; he received scholarships and fellowships at Cambridge University and the University of Michigan, and won First Prize at the National Organ Competition in Fort Wayne, Indiana. Subsequently, his extensive performing career has taken him across the United States, and to Britain, Europe, and Russia. He has performed at numerous national and regional conventions of many professional organizations, including the Hymn Society of America, the Organ Historical Society, and the American Guild of Organists. Dr. Lewis was a featured soloist at the 1987 International Congress of Organists, and has judged at many competitions, including the 2003 Dallas International Organ Competition and the 2016 Sursa American Organ Competition at Ball State University, Indiana.

His playing has been broadcast over the radio in Europe and in Britain for the BBC, and on radio and television in the U.S. Huw Lewis has appeared as a soloist many times with orchestra – most recently with the Holland Symphony Orchestra. He has participated in the world premieres of concertos by Alfred Fedak and Michael Daugherty. His performance of the Fedak concerto in May 2016 was part of the series of performances to inaugurate the new Casavant organ at the Jack H. Miller Center for Musical Arts.

Since 1990 Dr. Lewis has served as Professor of Organ and College Organist at Hope College, Holland, Michigan. He is also Director of Music at St. John's Episcopal Church, Detroit.
​
Huw Lewis is represented exclusively in North America by Phillip Truckenbrod Concert Artists, LLC.