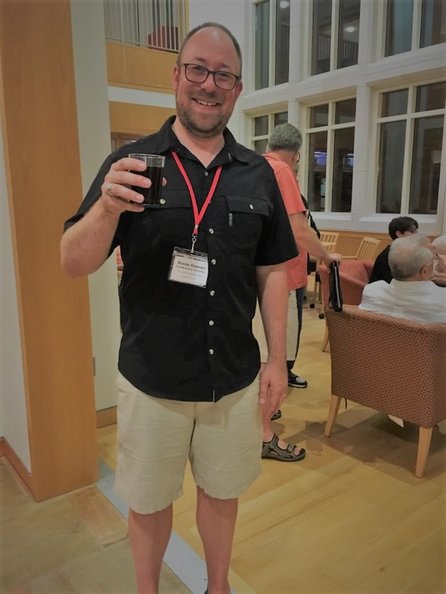 Dr. Kevin Simons, a native of Pinckney, Michigan, is Associate Professor of Music and Director of Choirs at Saginaw Valley State University where he teaches voice, classes in choral conducting and music education, and conducts the Cardinal Singers and Concert Choir.  He holds degrees in Music Education, Vocal Performance and Choral Conducting from the University of Oklahoma, Central Michigan University and Boston University.

While at Oklahoma, he studied voice with Sean Daniel as well as with Gary Arvin and Marilyn Horne. His choral conducting studies have been with Susan Boggs, Steven Curtis and Nina Nash-Robertson. He has also studied organ with Donald Williams, Carol Muehlig and Steven Egler.  Prior to moving back to Michigan, he was the Organist/Choirmaster at St. Anselm of Canterbury in Norman, Oklahoma and was Director of Music and Organist at First Lutheran Church in Oklahoma City.

Dr. Simons is the Director of Music and Organist at St. John's Episcopal Church in Saginaw, Michigan. He also served as the Artistic Director and Conductor of The Steiner Chorale, a semi-professional choir based in Lansing.  Under his leadership, the Chorale doubled its singing membership and operating budget.  In 2007, he was appointed the Choral Director for the Baroque on Beaver Island festival, where he conducts the choirs in works with orchestra.

He has conducted the Cardinal Singers in concert with the Saginaw Bay Symphony Orchestra, the Saginaw Choral Society, The Chieftains, and in an invited concert at the National Cathedral in Washington, D.C.  Choirs under his direction have sung at national and state level denominational functions as well as the Michigan conference of the American Choral Directors Association. Well-known as a builder of church choral programs, he is frequently called upon to lead workshops in choir development and literature for the beginning choir. He regularly serves as a vocal and choral adjudicator across the region.

He is active in several professional organizations, including the American Choral Director's Association, the Royal School of Church Music in America, and he is a Colleague of the American Guild of Organists. He has also been elected to membership in the Association of Anglican Musicians and the National Association of Teachers of Singing.  He serves as the Director of the Sewanee Church Music Conference, the oldest conference for musicians in the Episcopal Church.

Kevin resides in Saginaw with his wife Amy, his children Henry and Claire, and their dog Winnie.  In his free time, he enjoys traveling, cooking and reading mysteries.