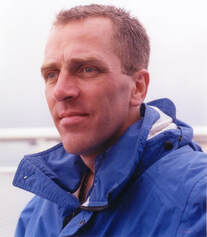 Peter Niedmann's music is widely performed throughout the United States and has garnered unanimous critical acclaim. His choral music has been sung at The White House and a Papal Mass for Pope John Paul II. In the Ending of the Year, for chorus and orchestra, was singled out by American Record Guide magazine as the best new piece on Harvard University Choir’s CD, Carols from the Yard. The American Organist magazine has praised his music as “thoughtful, well-wrought, and appealing.”

Born on October 12th, 1960, in New London, Connecticut, Peter Niedmann received his early choral and organ training with George Kent in the choir of Christ Church and The Chorus of Westerly, Rhode Island. Mr. Niedmann was a prize winner at the 1992 AGO National Competition in Organ Improvisation in Atlanta. He was a member of the faculty of the Hartt School, University of Hartford. Mr. Niedmann has been Organist & Director of Music at Church of Christ, Congregational (UCC) in Newington, Connecticut for 25 years. There he leads a multi-generational RSCM choral program of children, adults, and handbells. He is Dean of the American Guild of Organists, Hartford Chapter.